A PRESENTATION OF CONTRIBUTIONS

​An introduction to the issue and a synopsis of the articles included in "Gender and World History". (Paper in English)

The coloniality of girls’ education in Sri Lanka. Agency, transformation and adaptation​
​ 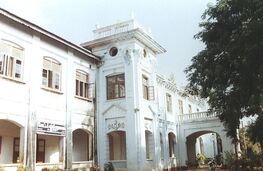 ​This article looks at the global, entangled history of girls’ education in late colonial Sri Lanka. This article looks at two European women educators, Lilian Nixon and Florence Farr, who came to the island to become principals of girl’s schools at the beginning of the twentieth century. Both had been educated at the Cheltenham Ladies College, England, whose impact on the education of girls, in England and the Empire, is crucial. By looking at the discussions on girls’s education at CLC, Ladies’ College (Nixon), Colombo, and Ramanathan College (Farr), Jaffna, Sri Lanka, this article proposes a new, global historical, approach to the history of girls’ education and female empowerment, colonial power structures and postcolonial transformations. I will argue that the answer to the question whether colonial girls’ education and its successors is seen as empowering, depends on the conceptualisation of empowerment and agency in their relation to religion. The case study of Sri Lanka can, thereby, serve as an example to instigate new discussions within postcolonial and feminist approaches in history. (Paper in English) 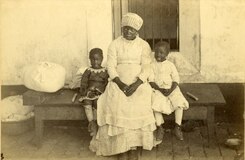 The gendered aspects of slavery in Cuba were key in the anticipated dismissal of the forced apprenticeship (the patronato) implemented to orchestrate the transition from slavery to coexisting forms of dependencies. This article explores the role that petitions brought forward by formerly enslaved women (patrocinadas) against their former female slave owners (patronas) had in this process. On the one hand, the characteristics of their enslavement in urban and domestic settings gave patrocinadas relative room for manoeuvre to acquire the social and material resources needed to file a lawsuit. On the other hand, patronas were resolute in trying to maintain control over their prerogatives, and privileges, which patrocinadas were an integral part of. Nonetheless, “property” in enslaved people by well-off and non-affluent women still needs to be thoroughly examined by the historiography on slavery in Cuba. This contribution highlights how the legal quarrels between patrocinadas and patronas could represent a significant primary source for studying this relevant occurrence. Moreover, the same sources might point to the pivotal role these conflicting demonstrations of agencies had in the gradual chipping of the patronato system.
(Paper in English)

Global and transnational history and women’s and gender history are dynamic historiographical currents that invite more intense cross-fertilization—especially in studies on the Enlightenment and its open legacy. Our article seeks to stimulate theoretical and methodological discussion on how these approaches might fruitfully interact. What can a gender perspective add to current perspectives on a global Enlightenment? And vice-versa, what do transnational and global perspectives that are interested in cultural transfers and sensitive to empire, race, and ethnicity add to current studies on gender and the Enlightenment? Building on the experience and ongoing research of our collective project CIRGEN: Circulating Gender in the Global Enlightenment: Ideas, Networks, Agencies, we aim to further efforts to decenter the Enlightenment in its multiple senses in relation to geographies, actors, and gazes.
(Paper in English) 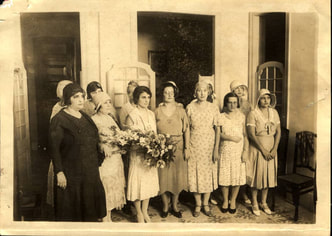 The Women’s Labor Union was a women’s organization created in May 1930 to which all women could belong without distinction of race, class or belief, willing to fight for a broad program of demands beyond the limits of feminism. They stood out for their active participation in the fight against the dictatorship of Gerardo Machado, and also for their adherence to the revolutionary process of the 1930’s. Due to their political activities, many of its members suffered persecution, imprisonment, and exile. The Cuban lawyer Ofelia Domínguez Navarro, who is considered the first female notary public in Cuba, participated in this historical-revolutionary process. Ofelia, stood out as a leader of the Women’s Labor Union advocating for the rights of Cuban women, fighting against Machado oppression, and working in a variety of activities of national and international interest. The objective of this article is to offer an analysis of the performance of this Women’s Labor Union during the anti-Machadist struggle in the early 1930’s, and the political actions of this organizations against the war and fascism as well as to present some considerations about the political actions of Ofelia Domínguez Navarro, and of some of her comrades of work and action. ​(Paper in Spanish) 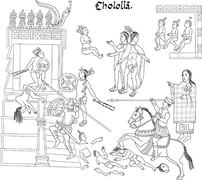 
Hernán Cortés gave a concise and brief definition of Malintzin (Malinalli, Malinche or Doña Marina) by describing her as “la lengua”, which was later echoed by other chroniclers, passing into historiography as an active participant in the conquest of Mexico. However, several researchers have made efforts to deconstruct the hegemonic narrative that praises, ignores, or despises the interpreter. Within the group of these analyses, the present article is integrated, with the objective of approaching, from the methods of Art History, the representation of Malintzin as a warrior in the Lienzo de Tlaxcala and the Glasgow Manuscript. Both documents (of Tlaxcalan origin) will expose Malintzin in the centre of the pictographic narration, assigning her a role that will go beyond her simple intervention as “lengua” of the conqueror. The iconographic and contextual relationships that the image of Malintzin as a warrior has around the cultural tradition coming from the indigenous and European universe will be exposed, in order to observe the influences that have marked the imaginary of Malintzin from a figure linked to legitimacy and mysticism.  (Paper in Spanish)

''Trialling… and erring'': a historical overview of housing in Petrograd, Leningrad, and Saint Petersburg

This article provides a historical overview of housing in Saint Petersburg from the late Tsarist Empire, to the Soviet Union, and the successor Russian Federation. It is divided into five parts: an introduction, three sections that treat the distinct housing models enacted by the three political entities which have handled the city of Petrograd, then Leningrad, and lastly, Saint Petersburg, and a conclusion. These three entities are, respectively, the Russian empire, the Soviet Union, and the Russian Federation. In this manner, the first part gives insight into Petrograd’s housing before the First World War and throughout the 1917 and 1918 Revolutions and the Russian Civil War, treating the deterioration of the housing stock. The second section looks at the housing situation in more generally the Soviet Union but also Leningrad, examining the housing policies carried out in times of Josef Stalin, Nikita Khrushchev, Leonid Brezhnev, and Mikhail Gorbachev. The third one assesses the process of housing privatisation in the Russian Federation, dissecting the reasons for its imperfect development. Finally, the conclusion suggests that none of the tree housing models mentioned above has been able to successfully cope with the housing shortage and points out Nikita Khrushchev as the leader who did the most to relieve the housing shortage. (Paper in English)


Joan Estelrich was the leading protagonist of some of the most celebrated cultural projects of Catalunya and in the interwar period, shone in his activism in the organisation of the 'catalinist' strategies of Francesc Cambó. To mark the centenary year of the Fundacio Bernat Metge, this article centres in the link between power and literature from the perspective of cultural studies and highlights the importance of cultural production on the promotion of political ideals. Use of certain inedited sources permits a more detailed analysis of aspirations and in some cases suspicions that came with power and burdened Estelrich (Paper in Spanish)