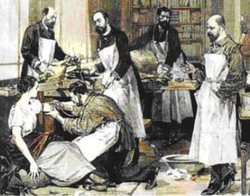 This article examines the role of medicine and pedagogy in the national identity building process of 19th century Colombia. The medical treatment of poverty and disease, alongside education policies, helped to buttress the construction of a national citizen prototype created by the Creole elite. The desire to develop a certain type of populace drove the leaders of the country to impose a series of concrete practices upon its inhabitants, in order to turn them into a useful and productive workforce to improve the county's economy. The ideas of racial and cultural decay inspired projects that aimed at developing the sanitation and education of the population within a certain framework, with the ultimate goal of eliminating what was perceived as biological and cultural contamination. 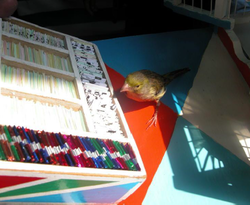 This article is to some degree an extended abstract of the author's MA dissertation on the chino community in colonial Mexico. The dissertation was written in Spanish under the title Chinos en México and deposited in September 2010 at the Institut d'Història Jaume Vicens Vives library at Pompeu Fabra University, Barcelona, Spain. The dissertation consists of an extensive compilation, transcription and analysis of almost all the sources citing chino and china individuals preserved at the Archivo General de la Nación (AGN) in Mexico City. The present text, however, was written in English ex profeso for this publication: while its foundations can be found in Chinos en México dissertation, it is a different building altogether. 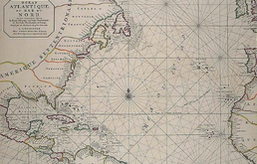 The purpose of this article is to attempt to outline the philosophy behind policy making in the Consejo de Indias using the case study of the Canary Islands in the eighteenth century. To this end, the author analyzed the consultas y pareceres pertaining the archipelago contained in codex 754: "Consultas y pareceres dados a S.M. en asuntos de gobierno de indias vol. III" preserved in Consejo de Indias unit of the Instituciones de Antiguo Regimen section of the Archivo Histórico Nacional (ES.28079.AHN/1.1.1.9.1.3//CODICES, L.754). This document registers the policy recomended by the Council between 1721 and 1765. 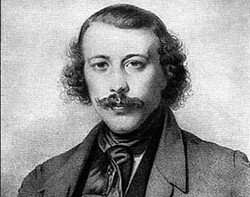 Mikhail Bakunin is often regarded as one of the fathers of anarchism, certainly with good reason. The tireless activity and the continued commitment of the Russian revolutionary against oppression justify this very common point of view. However, anarchism was the latest phase in Bakunin's political development, which consists of several periods during which he held at times very contradictory positions. The following analysis covers mainly Bakunin's initial period. Being a scion of a wealthy Russian landed gentry family, he chose the path of eternal rebel, becoming a revolutionary myth. Full of drive and imagination, his pamphlets and articles promote a position that points to the breakdown of everything orderly and bourgeois which is part of the drab prose of everyday life: a view obviously shaped by literary movements such as Sturm und Drang and Romanticism, which made Bakunin an eternal seeker and a Romantic rebel. 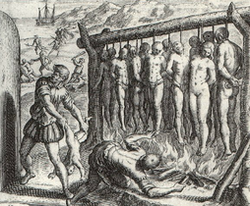 Given the importance and validity of his ideas, this brief essay analyzes the critical political philosophy of Bartolomé de las Casas when confronted with the social and cultural holocaust that the conquest of the Americas represented. The essay focuses on his conception of the human nature of the natives, his interpretation of evangelization and his stance on the actions of the Spanish Empire in the New World. By comparing his ideas with those of Francisco de Vitoria and Juan Ginés de Sepúlveda, this essay aims to show that Bartolomé de las Casas launched a hard critique of the conquest and proposed a policy of recognition of the humanity and sovereignty of the natives. This policy's goal was to establish a manner of confederacy between the Spanish Empire and the indigenous peoples. This policy was based on the intercultural encounter between peoples, even though it sought to expand Christianity. Far from what some commentators have pointed out, this policy does not deserve to be deemed cultural colonialism.

All beginnings are difficult. But, nevertheless, life is about getting started, and so is history. Written with a capital or not, history is about starting to tell, to put down on paper, and, of course, to publish. Probably, it would not be possible to do otherwise given the amount of information gathered, especially in a culture like ours which is based on written tradition and transmission of knowledge, one could say: believing in scripture (although by now not so much in the Scriptures).

Learning how to do it is therefore among the most important skills and abilities for anyone who in one way or another wants to pursue the study of history, culture, and tradition. The Entremons journal, founded and run by students of the Universitat Pompeu Fabra masters in World History and Ph.D. in history, offers young researchers the opportunity to take their first steps in the field of historiographical publishing.

The first issue of this journal contains a series of articles by students of the masters. Some of them are based on the results of the research conducted during their masters' dissertation. Although there is no thematic unity among these articles in the strict sense of the term, they are all guided by a single way to conceptualize the historical knowledge based on the field of historical study called World History, which concentrates its scientific interest on the connections of the global human community rather than focusing exclusively on the national historical narrative.

This partly explains why most of the articles published in the first issue address the inquiry of events and phenomena concerning Latin America. Although it might seem somewhat arbitrary to start with this part of the world, perhaps the choice will appear more justified if one considers the importance of links between Spain and Catalonia on the one hand, and Latin America on the other, and not only in the historical retrospect but also in the present and future perspective: those who have ever been to Hospitalet, Badalona, ​​or any other neighborhood in Barcelona's or another large Spanish city's urban fringe will understand it instantly.

It seems obvious that one of the biggest challenges to Europe's future will be to integrate a society composed of people from disparate and variegated backgrounds. And while it might be true, as some pessimists say, that the only lesson we learn from history is that we learn nothing, it is still worth taking a look on how other societies tried to set a population which was culturally and socially dissimilar. So does Andrés Bateman in his article "The construction of the Colombian citizen. Medicine and education during the nineteenth century."

Moreover, Rubén Carrillo undertakes a thought-provoking study of the Chinese community in the colonial Mexico in his article "Birds and People. An outline of chinos in Mexico (1565-1700)." We often forget what it meant to emigrate to another continent in pre-industrial times with its extremely slow and vulnerable means of transport. Quite similarly, we frequently do not consider how difficult it was to govern the overseas territories back then. In his article "The Council of the Indies and the Canary Islands, 1728-1760. Its political philosophy through consultas y pareceres" Jordi Closa examines an important aspect of this complex problem.

The analysis of political philosophy is also the key to Juan Francisco Martínez' article "Bartolomé de las Casas, between the expansion of faith and the recognition of the 'other'", in which he explores the Dominican friar's critics to the conquest of America, as well as alternative proposals on how to organize the coexistence with the indigenous peoples. Finally, Gennadi Kneper's article "The romantic rebel: Bakunin and anarchism", returns us to Europe in order to take a quick but inspirational look at the links often unnoticed between romantic thought and anarchistic doctrine. In addition, the first issue of the journal includes several reviews of recently published historical books.

It is well known that getting started a new project is always a challenge. The first issue of Entremons has taken a little bit more than expected. But for the next issue, with the know-how and experience gained, we are sure to be able to offer once more accurate and entertaining articles and interesting reviews. With some additional organizational effort and support of our partners we also hope to continue with the programme of activities we have underway, and introduce new workshops for the next academic year. But now it is time to explore new places on the history map of the first Entremons issue: bon voyage!