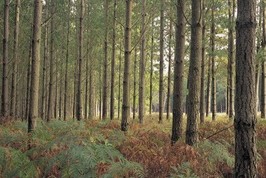 This paper examines the exchange of trees and forests that began during the Victorian era and is  ongoing  between  South-eastern  Australia,  California  and  New  Zealand.  This  exchange predominately featured eucalyptus trees, Monterey pines and Monterey cypress, but increasingly is  also  featuring  Californian  coastal  redwoods.  The  continuing,  transnational  history  of  this exchange  is  situated  within  a  context  of  changing  attitudes  toward  nature,  environmental management,  economic  and  commercial  interests  and  cultural  and  historic  heritage  in  these regions. Conceptions of novelty, hybridity, métissage and authenticity as they are found in both ecological  theory  and  the  historical  and  social  sciences  are  applied  to  the  exchange  and  its cultural  and  historical  contexts.  A  transnational  historical  perspective  regarding  this  exchange and  its  context  within  evolving  attitudes  to  nature  is  of  interest  not  only  to  the  environmental historian,  but  also  to  historians  and  philosophers  of  science.  Such  a  perspective  may  also  be useful for environmental and cultural heritage managers and stakeholders involved in managing the  impacts  and  ecological  transformations  resulting  from  this  and  other  similar  ecological exchanges. (Paper in English)

The management of art in the soviet union 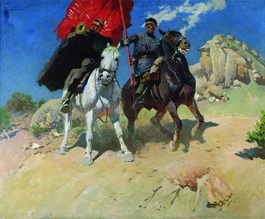 The  article  examines the  theory  and  practice  of  Soviet  art  management.  The  primary  area  of interest  is  cinematic  art,  although  the  aesthetic  principles  that  governed  film  production  also applied to the other artistic fields. Fundamental to an understanding of Soviet art management is  the  elucidation  of  Marxist-Leninist interpretation  of the role of  art as part of a society’s superstructure, and the contrast defined by Soviet Marxist-Leninists between “socialist” art (i.e., that  of  Soviet society)  and  the  art  of  bourgeois,  capitalist  social  systems.  Moreover,  this  piece also explores the systems utilized to manage Soviet art production—the control and censorship methods and the material incentives. (Paper in English) 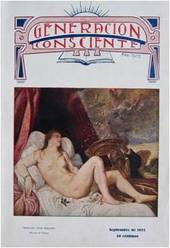 By analysing the monthly anarchist review Generación Consciente, this paper approaches the delimitation of the femininity ideal underlying the discourse of an important part of the Iberian anarchism. Representing the period when the neomalthusian ideas are added to the anarchist program, Generación Consciente also creates an educational discourse destined to achieve what its creators were going to call the “conscious maternity”. The main goal was the transformation of the existent female roles and their adaptation to the libertarian project. To understand the context in which this publication was developed it needs to be placed within the intersection of a range of historical phenomena that determined its discourse and made it a paradigmatic product of its time. (Paper in Catalan) 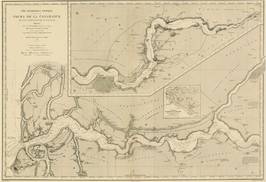 This paper examines the academic debates about the impact of the end of the Atlantic slave trade on African societies. Special attention is given to the idea of “adaptation crisis” of the old elites who monopolized the slave supply and sale as well as to the effects caused by the introduction of the so called “fair” trade of agrarian products, specifically the peanut. The Casamance region in southern Senegal is taken as the setting for the analysis of the above-mentioned topics. In this particular case, there was a kind of dual situation within the region: an “adaptation crisis” materialized in the inner mandinga area, but not in the Atlantic shore, mainly inhabited by diolas. (Paper in Spanish) 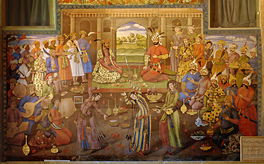 Humayun (1508-1556), the second Mughal ruler of India, is well known for his conversion to Shiism during his exile in Persia, a conversion that he reverted after becoming the ruler of Delhi for the second time. Despite his longevity, Humayun could not enjoy too much of his kingdom. Facing the rebellion of his brothers and the pressure from leaders like Bahadur Shah of Gujarat and Sher Khan Sur of Afghans he had to seek refuge at the court of Safavid Shah Tahmasp, where his host pressed him to become Shiite—a move that Humayun tactically accepted. This paper aims to find out to what extent the return to Sunnism was important to Humayun and which role religion played in political relations of the sovereign and the court. (Paper in Spanish) 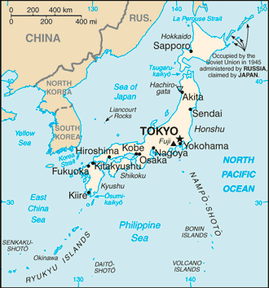 In April 1945 the US Army started the occupation of Okinawa archipelago that lasted for almost twenty years. During this period, US authorities developed a series of identity policies that were applied to the people of Okinawa in order to create a national identity separate from the Japanese one. These efforts were, however, not successful. What were these policies? For what purpose were they created? Why did these policies fail? This article aims to answer these questions. (Paper in Catalan) 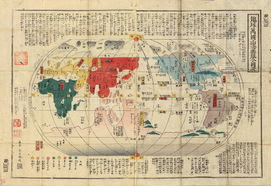 The following essay examines the progress and the obstacles still present in developing a global history of Japan by offering an extensive annotated outline of James L. Huffman’s book Japan in World History. The author uses the principal bibliography on the new global history to offer new ways to connect Japanese history with the world. (Paper in Spanish) 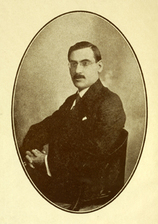 The journalist, politician and writer Antoni Rovira i Virgili was an outstanding supporter of the left-wing Catalan nationalism. He had to emigrate to France after the fall of the Second Spanish Republic, both because of his political ideas and his direct participation in the  government of Catalonia. His books, articles and poems written between 1939 and 1949 offer an extraordinary source to understand his ideology and see the origins of the profound nostalgia towards his homeland caused by the exile. (Paper in Spanish)