In the last decades, history has taken different turns. In particular gender perspectives have been adopted and elaborated in almost every research area of history, though not that much in world history. For instance, the articles published in the Journal of World History between 2001 and 2013 show a general pattern of considerable gender blindness, with a few but important exceptions. ​The following article discusses several explanations as to why world history largely neglects gender perspectives. (Paper in English) 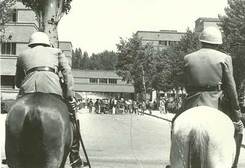 The European totalitarian regimes that aroused during the first third of the XXth century (Italy, Portugal, Germany and Spain) purged the respective state apparatuses in order to consolidate their own power. Repression was especially hard on civil servants linked to education and to intellectual sectors. With the gradual restoration of democracy, new governments of each country had to face the management of this annoying past. In this casuistry, the Spanish case stands out for his violent purge, for the prolongation of the dictatorship and for the recent debate on the conflictive historical memory. This article examines how Spanish universities dealt with their own past –either assuming, appeasing or avoiding it—, both institutional and research levels. (Paper in Catalan) 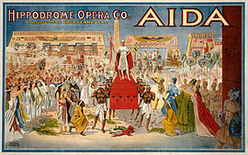 The main objective of this essay is to see how the image of the Ancient Egypt is a result of an exotic stereotype made by and for Europe. Taking Verdi’s Aida (1871) as a case-study, the orientalist roots of this imaginary will be highlighted. We will pay special attention to the circumstances that motivated the composition of the opera, to the means used for its performance (focusing on Description de l’Égypte), to the analysis of its plot, and the reactions generated after its première in the Palais Garnier in Paris. (Paper in Spanish) 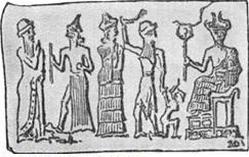 When in December 1921 it was discovered in Carthage a huge enclosure containing thousands of cinerary urns with children’s remains, the researchers did not hesitate to link such remains with the stories about human sacrifices that the classical authors told and that seemed to come from Mediterranean Levant, it related to first Phoenician cities and the Canaanite rites mentioned in the Old Testament. Thereafter many hypotheses have appeared about the origin and function of these sites and the supposed sacrifices that occurred there. The reason for this paper is not to offer a solution to this problem but to make public the characteristics of these sites and, through the study of documentary and materials sources, to provide an overview as well as expounding the different theories that researchers offer on this issue. (Paper in Spanish)

Chile's health care was one of the major concerns of President Salvador Allende. In his doctoral thesis of 1933 he tried to show how poverty influences health. After having served as the Minister of Health in Pedro Aguirre Cerda’s Popular Front government in 1939 and as the director of Chile’s Medical Association, Allende reached his zenith when he was elected president on 4 September 1970. In his electoral program of 1969, twelve out of the 40 measures dealt with health care. These measures began to be implemented from 1971 on, and affected several important aspects of the daily life of Chileans. (Paper in Spanish)