This article explores how a group of religious activists settled alongside transnational routes and mobilized them in a historical period in which expansive empires opened up new ways, broadening and reshaping the existing ones. In so doing, they made it possible for ideas, discourses, institutions, goods, and technologies, but also for multiple social agents such as businessmen and bankers, workers and students, explorers and adventurers, soldiers and missionaries, exiles and refugees, to travel alongside these routes. Some of key words and crucial images to describe this process might include flows, encounters, collaboration, connivance, elective affinities, erroneous identities and resistance. 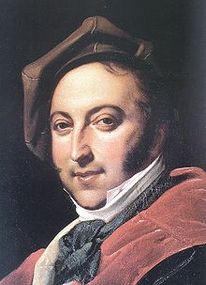 
Taking Gioachino Rossini’s La Cenerentola as a parting point, this essay analyzes why it was one of the last opere buffe ever to be set to stage, even if it was a great success. Further on, it depicts some important elements in order to understand how opera consumers of the beginning of the 19th century listened, understood and enjoyed opera: the importance of politics in opera plots, the genre conventions of opera buffa, and the fact that music was not technical reproducible. The essay also analyzes some of the social structures which buffo plots are based on, and how they are one of the basic reasons which brought to the extinction of this genre and of a way of creating and producing opera. Finally, it explains how certain theme like happiness or a certain type of humor where banned from plots during more than a century.

POPULISM, FASCISM AND CAUDILLISMO IN THE UNITED STATES: THE CASE OF HUEY P. LONG 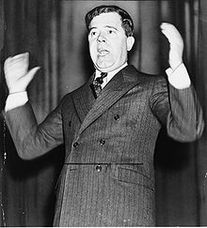 Huey P. Long, who ruled Louisiana first as governor and then as senator from the late-twenties to the mid-thirties, until his assassination in 1935, was a flamboyant politician difficult to define. This article seeks to analyze Long a.k.a. the Kingfish in three different categories: as a populist, as a fascist, and as a Latin American caudillo. His policies and discourse aimed at the “common man” were populist with deep roots in the rhetoric of American populism of the late nineteenth century. Long has often been connected with European fascism and has even been misunderstood as the American version of Mussolini and Hitler. It will be argued that the politician only coincided with fascism chronologically, not otherwise. Finally, it will be suggested that the most interesting and innovative approach to the polemic figure is to compare him with Latin American politicians of the same time period, in order to break conceptual boundaries between “North” and “South” America.

neo-malthusianism, anarchism and resistance: world view and the limits of acceptance in barcelona (1904-1914)

This paper attempts to identify the barriers to the acceptance of Neo-Malthusian discourse among anarchists and sympathizers in the first years of the 20th century in Barcelona. Neo-Malthusian anarchists advocated the use and promotion of contraceptives and birth control as a way to achieve liberation while subscribing to a Malthusian perspective of nature. The revolutionary discourse was disseminated in Barcelona primarily by the journal Salud y Fuerza and its editor Lluis Bulffi from 1904-1914, at the same time sharing ideological goals with traditional anarchism while clashing with the conception of a beneficent and abundant nature which underpinned traditional anarchist thought. Given the cultural, social and political importance of anarchism to the history of Barcelona in particular and Europe in general, further investigation into Neo-Malthusianism and the response to the discourse is needed in order to understand better the generally accepted world-view among anarchists and how they responded to challenges to this vision. This is a topic not fully addressed by current historiography on Neo-Malthusian anarchism. This article is derived from my Master’s thesis in Contemporary History at the Universitat Autònoma de Barcelona entitled “Neomathusianismo, anarquismo y resistencias: Los límites de su aceptación en Cataluña”, which contains a further exposition of the ideas included herein, as well as a broader perspective on the topic.

In history, as in life, changes are probably one of very few things whose presence is constant and recurrent at the same time. Sometimes the situation changes for good, sometimes for bad. And even more frequent are changes that don’t mean either clear-cut improvement or deterioration, but nevertheless require an unequivocal reaction and quick adjustments. Generally, our possibilities to control these changes are pretty limited, which of course doesn’t mean that human attempts to actively shape historical structures and processes lack any sense.

However, the complexity of the social framework and the variety of factors that operate in it make you act prudently and slowly, often on a scale much smaller than you would like to have it. Yet this doesn’t mean that changes attained by acting in the small aren’t of any use. In fact, it even could be that precisely the sum of acts that are relatively insignificant in themselves produces major changes and, perhaps, obtains concrete improvements.

The new website which we launch with the recent Entremons issue is, to this effect, a small step to improve the circulation of historiographical research content and enable scholarly communication. The changes featured on the journal’s new website not only have to do with visual and graphic aspects, but also apply to usability and content presentation. Moreover, the Entremons website which henceforth will be using the URL www.entremons.org is supposed to boost the connection with other historiographical contents available on the World Wide Web by enhancing the hyperlinking, something that keeps being one of our main tasks in order to increase the website quality.

In history, as in life, changes are inevitable. Understanding them can be the first step if you don’t want to repeat the mistakes of the past, although this certainly might be a really difficult and sometimes nearly impossible task. We hope that the new Entremons issue will contribute to this complicated and enthralling journey.