The problems of paradise: kenyan students as outsiders in 1960s east germany 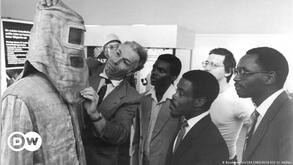 Source: DW
Timothy Nicholson (nicholt@farmingdale.edu)
During the 1960s, East German leaders worked to enhance existing connections between East Germany and East Africa and to promote East German interests abroad, thus providing East Africans, specifically Kenyans, an alternative to British imperial paradigms of authority and a post-imperial influence. Utilizing five oral histories of the students themselves as a means to counter the scarcity of documents and fragmentary records, this article highlights the experiences of five Kenyan students in school, work, and dating in order to demonstrate the racism they encountered. Despite promises of equality and solidarity the Kenyan students’ experiences and encounters with varied forms of racism and a lack of socialist modernity served to compound the very real divisions between the Eastern Bloc countries and sub-Saharan Africa and demonstrate the weaknesses of any developing solidarity movement between the Second and Third world. (Paper in English)

When turner meets prescott: a historiographical analysis of the untold connection between the napoleonic war in spain and the mexican-american war 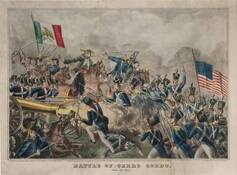 Excerpts of this historiographic essay will accompany the introduction of the first thesis linking the Spanish War of Independence (1808-1814) and the Mexican-American War (1846-1848). Despite the influence of Spain on the conflict in Mexico, there is little work connecting the two wars. This essay demonstrates that – due to changing perspectives in the United States – the traditional Anglo-Saxon Turnerian east-to-west geographical approach to American history is currently being amended by scholars to include a south-to-north bidirectional narrative that should not only include New Spain, Mexican, and borderlands literature, but also Spanish historiography encompassing the romantic nineteenth century. (Paper in English)

constructing race and rehearsing imperialism: german anthropologies of the philippines, 1859 to 1885 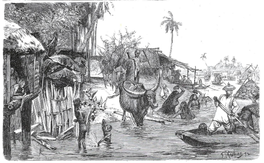 Nathaniel Parker Weston
This article argues that anthropology created in precolonial Germany rehearsed and reinforced imperialism by constructing portraits of colonized Filipinos as racially inferior.  Before the unification of Imperial Germany in 1871 and up to its acquisition of overseas colonies in 1884, several German anthropologists traveled through colonies in Africa, Asia, and the Pacific Islands, amassing artifacts, human remains, and photographs that were essential for their studies.  They subsequently used these sources to assemble racial categories asserting that colonized peoples lacked civilization.  This article examines the example of German anthropologies of the Philippines under Spanish rule during the second half of the nineteenth century.  German participation in colonial projects, particularly those involving racial ideologies, therefore lasted for a longer duration than the period in which Imperial Germany ruled directly over territories abroad. (Paper in English)

A research scheme for a world history of the world​ 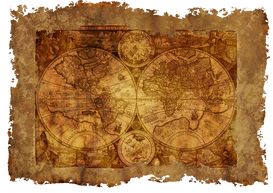 We propose a research scheme for a “world history of the world.” Our method provides the means of analyzing the networks, on a global scale if desired, that connected places and people in the context of the multiple political, legal and institutional regimes, local cultural environments, and disruptive events through which the connecting social networks passed. We propose the use of the computational advances of the artificial intelligence (AI) age. However, this article presents these advances in an introductory form designed for novices. In particular, we explain how historians can compensate for the lack of information needed to explain self-organization and emergence in the social networks of the planetary complex, nonlinear, human world-system of the First Global Age, 1400-1800. (Paper in English)

Slavery in the Atlantic 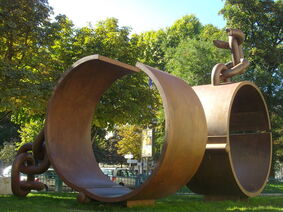 In order to gain an insight in the dynamics and effects of the transatlantic slave trade, we looked at the progress of the slave trade from a long-term, global perspective, since it has enabled us to observe the phenomenon as a whole and to avoid the fragmentation caused by a regional or national perspective. We therefore reconstruct an overview of the various takes on slavery throughout the Atlantic, including the approaches to the treatment, deployment and eventual abolishment of slavery. Furthermore, we analyzed the various agencies behind the transatlantic slave trade to better understand its consequences on culture and economy in the world. (Paper in English) 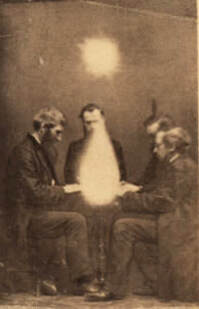 Spiritualist séances in Victorian England often brought forth spirit guides of a variety of races, ages and personalities. One such spirit was that of the Native American, which was commonplace in American séances, but rather unusual in England. This article, using the theory of colonial discourse and hybridization by Homi Bhabha, elaborates on how the mediums used Native American spirits to further stereotypes about them, producing a hybridity which used both characteristics of the colonizer and the colonized. Official Spiritualist doctrine held that all races were equal, yet the Spiritualists still produced Eurocentric discourse around people who were seen to be more spiritual than others. Native American spirits in English séances did not produce the same anxieties as their American counterparts, resulting in Native American spirits adopting traits that the English Spiritualists both admired and feared. The most common way to fuse a spirit and their medium’s identity was through vocal hybridization, which included a broken mix of languages and accents.  (Paper in English)