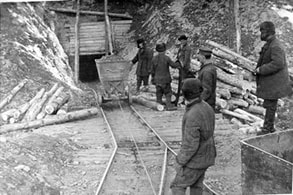 Source: Wikipedia
Nasha Vej  (npvej@hotmail.com)
This article examines the conditions of female prisoners of GULAG labour camps and prisons during Stalin’s era and analyses the culture and survival strategies those prisoners developed. The source material consists mostly of memoirs, as well as a few letters provided by the Memorial Archive from Moscow.
Its results show that women were less likely than men to get physically tortured or punished. Instead, psychological torture and humiliation were the most commonly used against female prisoners. However, they were more likely to be the victims of sexual assault, by either guards or fellow inmates. Men and women worked in many of the same fields of labor in the camps, but women were more likely to get light work, and to be genuinely proud of their work effort. The work environment was also the main place where the genders could interact, and build friendships and camp romances. The daily struggles of camp life, like getting enough food and acquiring light work, became the main focus and chief problem.
To overcome the mental and physical hurdles of camp and prison life, they developed a series of survival strategies. These included telling each other stories, singing or reciting poetry. They would bribe or lie their way into light work, cheat with the production numbers to get off with doing less work than expected or use sex as a commodity or leverage. The most common phycological survival strategy was apathy towards their surroundings.  The most important and most uplifting way to manage camp life was to team up two and two, occasionally more, and work together. These groups would share food and resources, they would edge each other on and save each other from themselves or the dangerous work environment, ensuring survival.
(Paper in English) 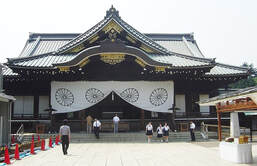 Yasukuni shrine has become a major symbol of controversy within the historical memory struggles of Pacific Asia. This is largely due to one particular moment: the official visits made by different Japanese Prime Ministers. Rulers such as Jun’ichiro Koizumi or Shinzo Abe determined to keep their agenda of official visits despite its unconstitutionality, which is considered by some Asian countries a serious historical negligence.
The souls of more than two million fallen soldiers are enshrined in Yasukuni, including a thousand war criminals. For this reason the Japanese government has been widely criticized for an alleged lack of historical responsibility towards those crimes.
This is, without doubt, the most visible face of what has been termed as “the Yasukuni problem”. But it’s not the only one. Yasukuni is also a place of glorification and propaganda of an imperial era that promotes subjective interpretations about that controversial past. Not just that, Yasukuni makes the sacrifice in the name of the nation an instructive value for the new generations. Therefore, the objective of this paper will be the analysis of the less reported sacrificial logic that surrounds Yasukuni and the Yūshūkan, the adjacent museum to the shrine. (Paper in Spanish) 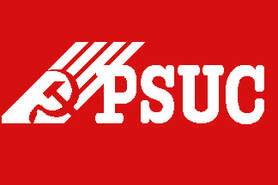 Evarist Gibanel Loren devoted most of his youthful years to fight Franco’s dictatorship. As an affiliate to the PSUC (Unified Socialist Party of Catalonia), he carried out political propaganda actions and was part of the PSUC's committee in the Vallés region. These actions - illegal according to the laws established by the dictatorship – resulted in arrests, exile and remaining imprisoned for almost 20 years of incarceration (from 1945 to 1967) for crime of rebellion. The present paper, written from Gibanel’s own testimony, aims to present not only a life largely dedicated to fight Franco’s regime, including the personal costs and the risks that this entailed, but also its lack of social recognition. It intends to recover Gibanel’s story from oblivion –out of many -, a personal commitment to democracy and freedom during dictatorship years in Spain. The purpose of this paper is to incorporate this individual case into the collective historical memory, and therefore enrich the historical study of the Franco’s regime and the fight against its dictatorial government. (Paper in Catalan) 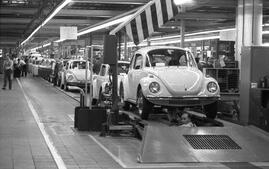 The processes of economic purge in fascist or collaborator countries after World War II differed among them depending on the powers established at the head of the State. The study of its articulation in Italy, Germany and France proves that the presence of local and national partisan or resistance groups came to mean a greater emphasis on the defense of punitive justice and in favor of imposing a punishment to those who had acted with the enemy, and like the enemy. On the other hand, national unity governments or the military occupation governments that the allies articulated in Germany were softer in terms of those procedures and supported pragmatic approaches, looking to affect as less as possible the economic elites and to foster the recovery of Europe.
The cross reading of historiography on transitional justice and on post-war European reconstruction, which generally appear separately, allows us to observe how the ruling classes were not willing to damage an industry promoted by fascism when it was useful in the process of reconstruction. The pragmatic and strategic thinking was imposed before any effort of systematic punishment, review or de-industrialization. Agressive protectionism was introduced afterwards to favour the producers an take advantage of their developement. (Paper in Spanish)