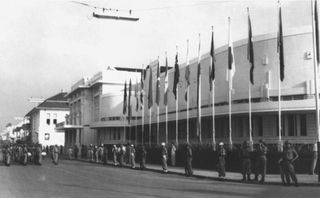 This article addresses China’s interest in the Middle East specifically the Arab Countries post Bandung conference, which initiated the beginning of the Sino-Arab. During the 20 years period from 1955-1975, the Sino-Arab relations shifts from an ideological driven relationship to an economic and pragmatic one. This paper will describe the commencement of this relationship mentioning Egypt and Palestine as the key countries, addressing the importance of both countries and their influence on the Sino-Arab relations. In addition to the shift of policies and the key drivers that influenced such a shift and analysing China’s interest in the Arabian Gulf countries. The research methodology depended on obtaining archives: one from China’s National Library on People’s Republic of China’s relationship with the Middle East from 1956-1975 and another from the Kuwaiti National Archives on Kuwait, Egypt and other Arab countries’ relations with the People’s Republic of China.  In addition, conducting interviews with prominent personalities from both PRC and the Arab world on this relationship try to answer. Did China play a role in the realities of the Arab world? Is there evidence of its support to nationalist movements? (Paper in English) 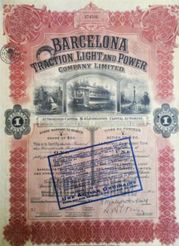 The introduction of hydroelectricity in Catalonia, in the early twentieth century, transformed the whole territory. This article deals with the impact of the Barcelona Traction, Light and Power Company Limited, also known as La Canadenca, in the implementation of hydropower all around the country. Behind the project, the Catalan businessman C. E. Montañés was who had the idea; whereas the American F. S. Pearson was who developed it and put it into practice, through that company. In consequence, the territory was fully integrated, as hydroelectricity changed the former relationship between the core, industrialized, and the periphery, which was very slow in its economic development. La Canadenca introduced Barcelona into the second industrial revolution. Moreover, it reduced the gap between the Catalan capital and the remainder territory, which became an energy provider and which rapidly adopted capitalist dynamics. However, this phenomenon did not take place exclusively in Catalonia. La Canadenca was the most complete electrification project by F. S. Pearson. Before that, nevertheless, he had already developed hydroelectricity in Mexico and Brazil following a very similar scheme. His experience in those countries with electrical network, in terms of production, distribution and consumption, would allow him to improve his work in Catalonia. (Paper in Catalan)

AN APPETITE FOR SMALL CHANGE: CACAO BEANS AND PIECES OF EIGHT IN NEW SPAIN 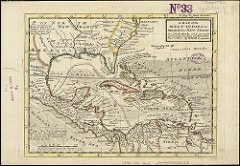 In the 18th century, silver “pieces of eight,” mined and minted in New Spain under the authority of the Spanish crown, had become a universal currency in global transoceanic trade. However, enormous global demand for silver ensured that within New Spain itself, pesos were more likely to be exported than circulated locally. Instead, two alternative monies—cacao beans (the ancient currency of Mesoamerican trade) and tlacos (early modern shop tokens)—figured as “small change.” This article examines how the deployment of cacao beans as a food currency facilitated the interface of heterogeneous spheres of social and economic exchange in colonial New Spain. The economic importance of cacao to this first truly global economy thus goes far beyond its eventual consumption as a luxury commodity by European and Asian elites. Indeed, examining the use of cacao beans as “small change’ in New Spain helps to illuminate both the dual nature of money and its historical evolution as an institution of and beyond the reach of the state. (Paper in English)

POST-COLONIAL LEGACIES IN SEVILLE: TRACES OF THE IBERO-AMERICAN EXHIBITION, 1929​ 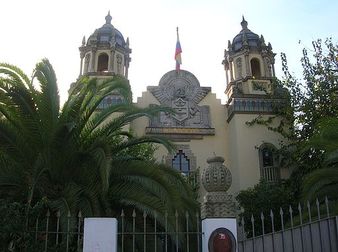 The Ibero-American Exhibition (IAE), celebrated in Seville in 1929, has endured and survived a number of periods which have affected not only its use, but also its meaning. The aim of this paper is to evaluate the context in which the IAE was designed, highlighting connections with broader international understandings: first, regarding the creation of new identi ties during the Spanish post-colonial period (in both Latin America and Spain); second, the organisation of international exhibitions, which aimed at showcasing advances (technological and colonial), as well as the construction of colonial identities. These two conditions have a clear impact in the construction and delivery of the IAE project, which can be traced on the legacy that the Ibero-American Exhibition has had in Seville, especially through its pavilions, built as permanent structures. The built environment in Seville will serve to evaluate how it was used in the past, in the present, and how it could become a future environment for a further understanding of the relationships between Spain and its former colonies in Latin America. (Paper in English) 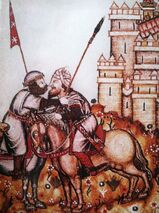 This article tries to explore the strategies of memory manipulation typical of Castilian imperial war propaganda, developed first during the expansionist campaign against the Islamic kingdoms of the Iberian Peninsula in the late Middle Ages and later in the conquest of the New Spanish territory and the expansion of the colonized land beyond the borders of the former Aztec Empire, and its role in the formation of local memories and identities, especially in the settlements located on the border. With this aim, this article proposes a contextualized interpretation of the “Códices de las Historias” of Castilian song-book the Cantigas de Santa María, produced during the Castilian campaign against the Mudejar uprising of 1264 and the resulting War of Granada, and of the murals of the Agustinian convent of Ixmiquilpan, elaborated at a critical moment of the “Chichimeca War”, conceiving both of them as prominent transmisors of the contemporaneous Castilian imperial war propaganda. (Paper in Spanish)